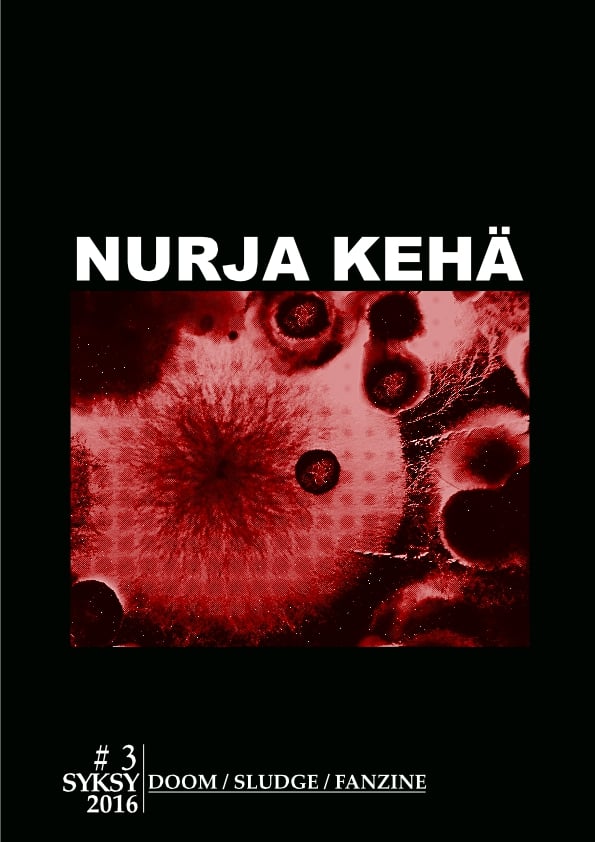 The third issue of the best doom metal-zine (and only, that's the joke) from Finland! Interviews with Demon Head, Horse Latitudes, Dredged, Cult of Occult, Murder Hollow and Lord Vicar! Also some reviews, articles, live reports and other stuff. You can possibly sense the shift from plain doom metal-zine into something else, since this issue contains loads of movie articles, some museum and book reviews. I also tend to think that the columns regarding zinework activities are possibly worth mentioning as well.

The zine is written entirely in finnish. There's now 60 A4-sized pages of black & white misery, but with some color on the cover. Just like the first two issues, this is a co-release with Rämekuukkeli.

It's the second issue of Abhorrent Visions zine, with the following interviews:

There's more to it! We have writings about Annica, wine, Amorphis' Tales album plus plenty of record and live reviews. That's a total of 52 pages written in english, The pages are printed in black & white and the page size is A4, with the layout having a more old school feel to it.